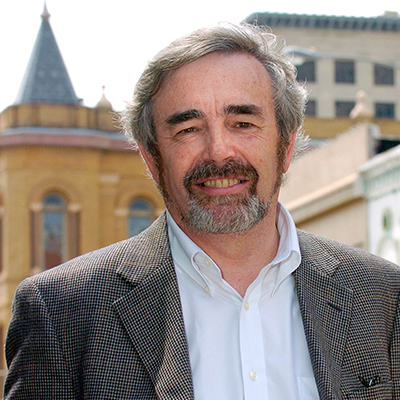 Donovan Rypkema is president of Heritage Strategies International. HSI was established in 2004 as a companion firm to PlaceEconomics, a consulting firm of which Rypkema is the principal. The activities of HSI focus on the intersection between the built heritage and economic development. He has undertaken assignments in 9 Canadian provinces and nearly 50 countries in North and South America, Europe, East Asia, the Middle East, Africa, and Australia and the Pacific. He teaches a graduate course in heritage economics at the University of Pennsylvania where he received the 2008 G. Holmes Perkins Award for Distinguished Teaching. In recent years he has also taught an intensive planning praxis course taking Penn students to Shanghai, Belgrade, and Yangon.

Rypkema received a Masters of Science degree in Historic Preservation from Columbia University. He has authored numerous articles and publications including chapters on heritage economics for the World Bank book, The Economics of Uniqueness, the Dutch Culture Ministry book Heritage as an Asset for Inner-City Development, the Council of Europe publication Heritage and Beyond and for Reconnecting the City: The Historic Urban Landscape Approach and the Future of Urban Heritage. Rypkema’s book, The Economics of Historic Preservation: A Community Leader’s Guide is has been translated into Russian and Korean.

International clients have included the World Bank, the Inter-American Development Bank, the Council of Europe, the United Nations Development Program and others. He is a member of the UN Economic Commission for Europe Team of Specialists on Public-Private Partnerships, the UNECE Real Estate Market Advisory Group, on the Board of Directors of Global Urban Development and a member of the Senior Advisory Board of the Global Heritage Fund.